Text by Marcel Thee, images courtesy of The Warehouse Hotel.

Straddling a fine line between comfort and culture, aesthetic and history, Singapore’s The Warehouse Hotel offers up an exceptionally-unique experience for travelers. 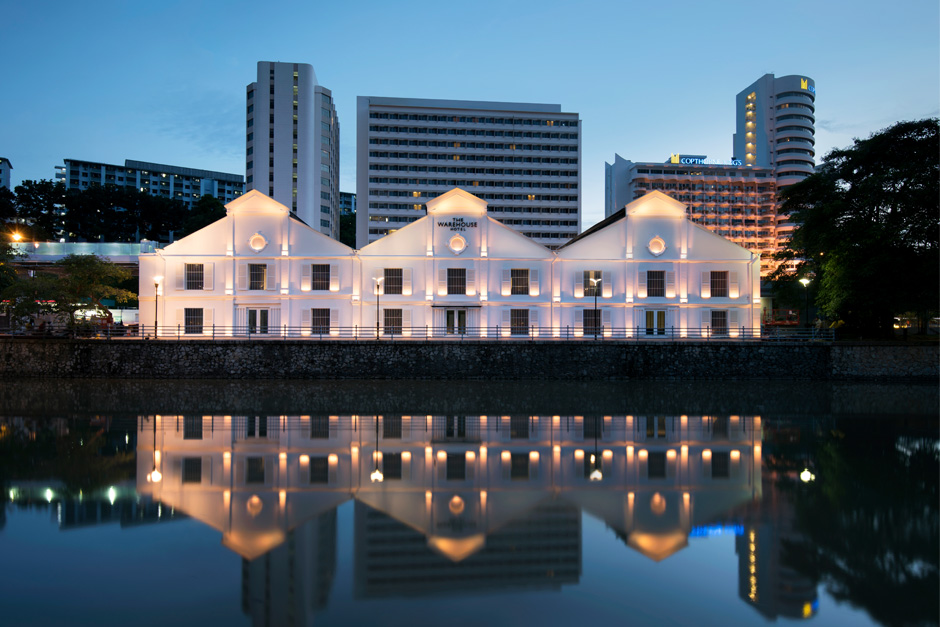 Opening up its doors at the first day of this year, The Warehouse’s rich history goes back to the early 1900s. Specifically 1911, at a time when the banks of the Singapore River were still chock full of the bounty of Malaya, China, India, and beyond. It was during this time that a businessman named Lim Ho Puah inherited a shipping company called Wee Bin & Co. Through this company, Lim Ho Puah rose to become one of the most successful businessmen of his time, in Southeast Asia. It was also during these times that Lim Ho Puah decided to build one particularly-glorious building with a peaked roof and shuttered windows, locating it right on the banks of the river. In Singapore, the building was called a “godown” – or warehouse. It is on these grounds that The Warehouse Hotel now stands. 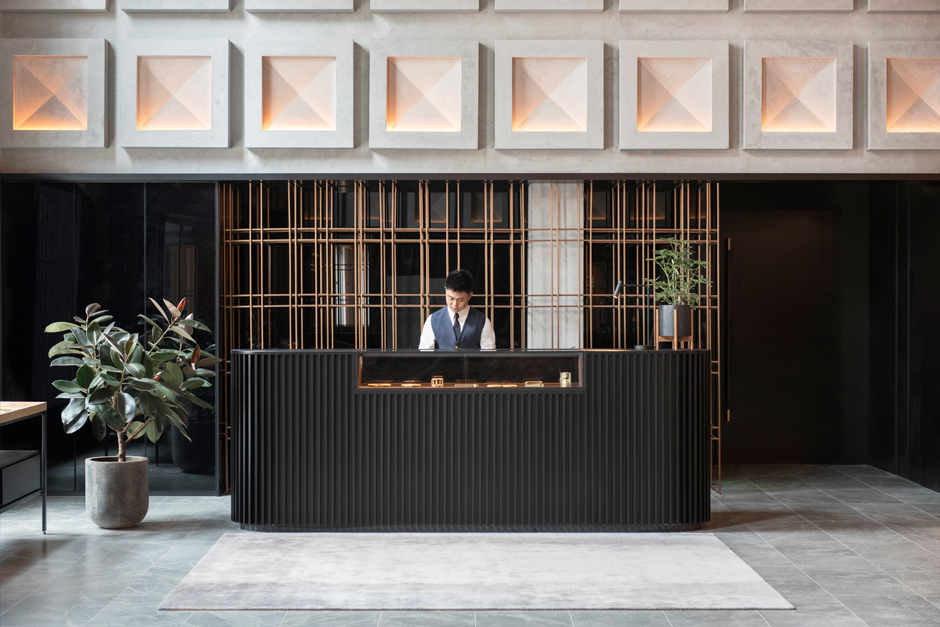 The name of the road that the hotel is located on was “Chiu Long Lo” in Hokkien, which translates as “Spirits Shed Street.” With hundreds of versions of homemade arrack, tuak, and toddy, being distilled in corners and alleyways, from rice, palm, coconut sap, and the other fruits of Asia, The Warehouse was located in what, at the time, was the operating neighborhood of the Chinese and Fujianese secret societies. Vice-laden activities such as prostitution were rampant, with opium making up 50% of the Straits’ revenue. The Havelock Road neighborhood was the verifiable red light district of its time, and The Warehouse sat in the very heart of it. 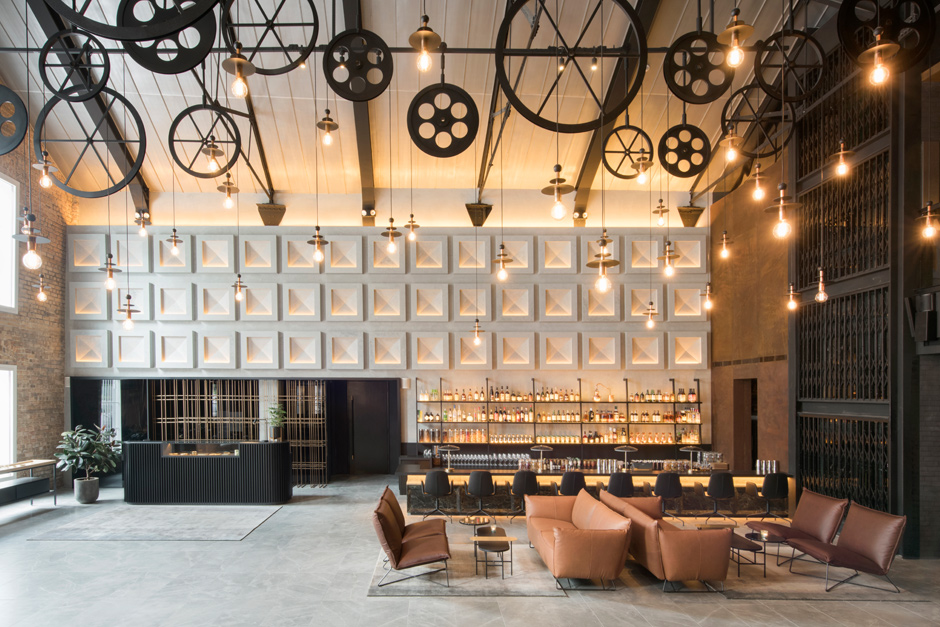 The richness of this history reverberates throughout its structure and decor. Though its basic architecture leans towards the heavily in vogue styling of modern industrial structures, the hotel twists it with an added sense of organic vibrancy – marrying reproductions of industrial and trade equipment from the bygone Singaporean days with fresh plants, and luxurious-yet-comforting lights. 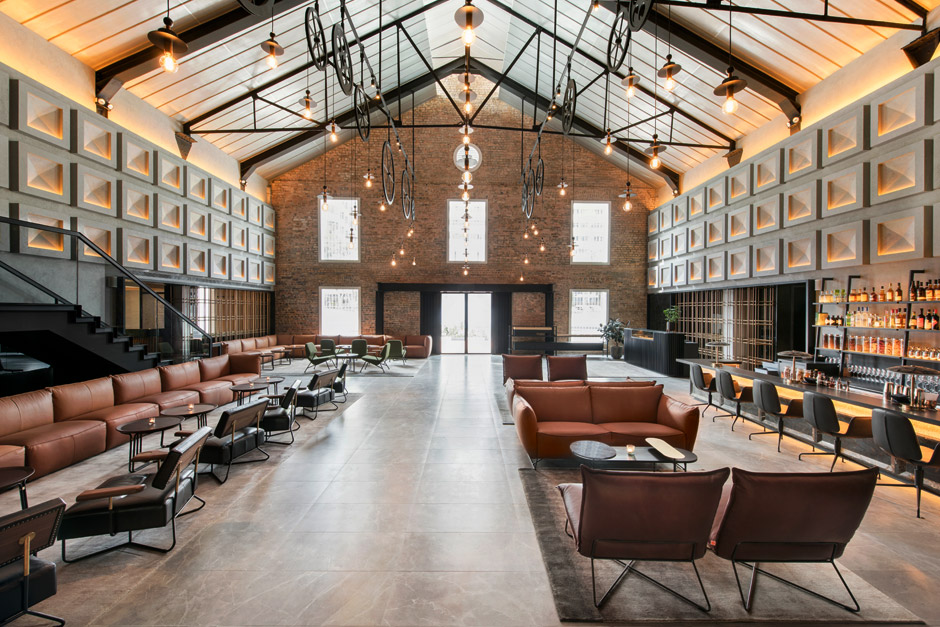 Its lobby bar presents another taste of history with a cocktail program that pays homage to the three distinct era of the hotel’s past. Guests can enjoy tastes inspired by the early spice trade and the underbelly of the illegal distilleries. That the building, in its previous incarnations, was also used as a disco house in the 1980s has also charmed its way onto the drinks. 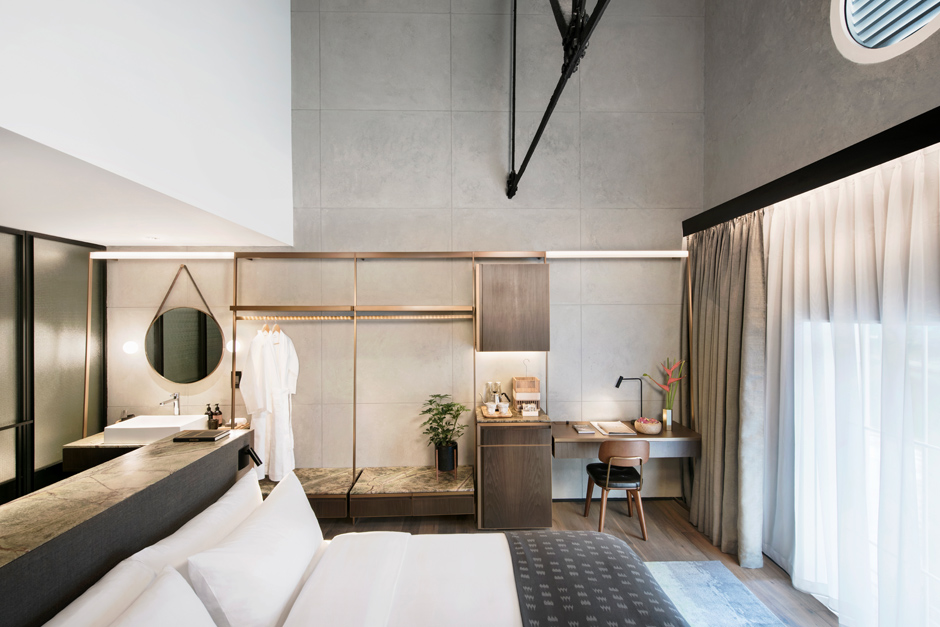 “Hotels are a natural extension of our strength as a group, both in concept, design and guest experience,” explains Wee Teng Wen, Managing Partner of The Lo & Behold Group, which runs the hotel. “We strive to provide a service that is spontaneous, intuitive, and informal – we want to evoke memories and personalized experiences that are rooted in our culture.” 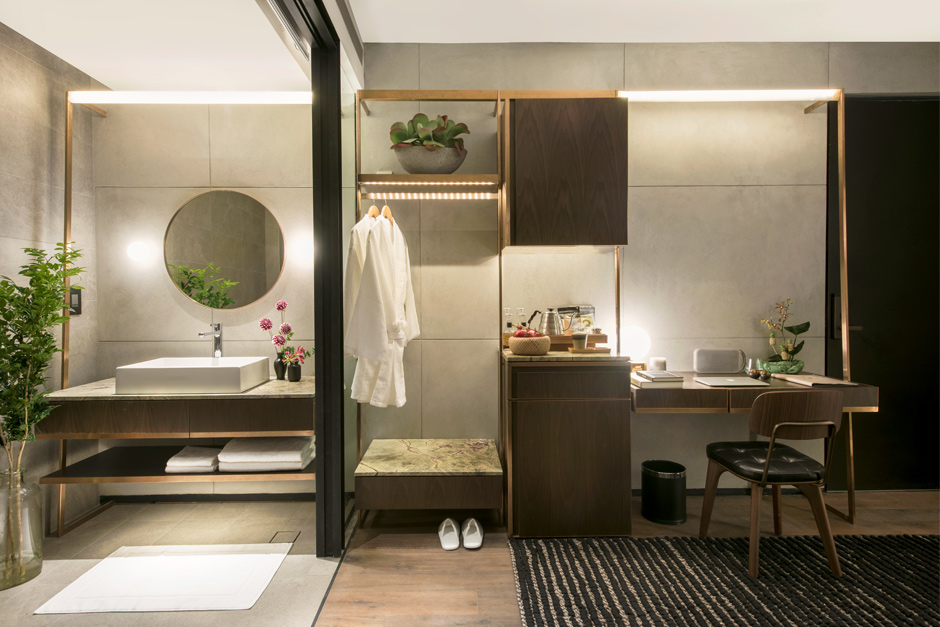 The hotel’s location in Singapore’s Robertson Quay also adds to its unique charm, sitting nicely between the homely comfort of residential areas and the bustling Central Business District (it is a walking distance to both Clarke and Boat Quay; and a short bus trip away from Orchard Road). 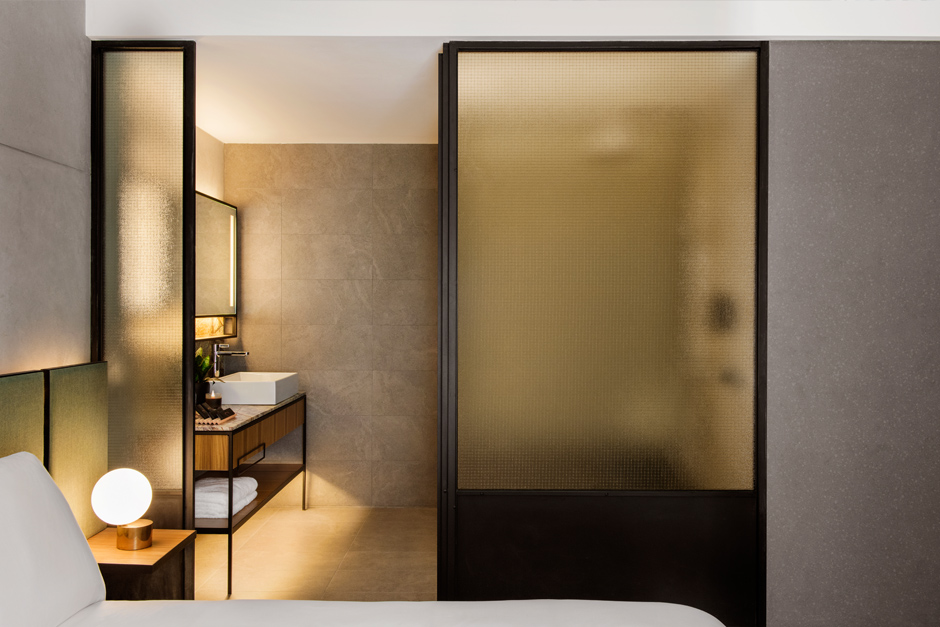 The hotel’s 37 rooms are spread across 6 categories, all of them designed in muted tones and a double-high ceilings. Adorning the rooms are also triple-pitched roofs and original masonry walls. All of the rooms have a unique look, with none looking exactly the same. These rooms are: the warehouse sanctuary (27sqm); river view room (34sqm); warehouse loft (27sqm); river view loft (34sqm); river view mezzanine (45sqm); and river view suite (57sqm). Each room features hi-speed wifi, bluetooth speakers and an internet-connected and smartphone-ready entertainment system.

Most notable is the hotel’s sense of self. Again, related to its cultural homage, the Warehouse partners with local creative businesses to complete its experience, including the works of ceramic studio Mud Rock, furniture creator Garbiel Tan, Supermama, and many others. 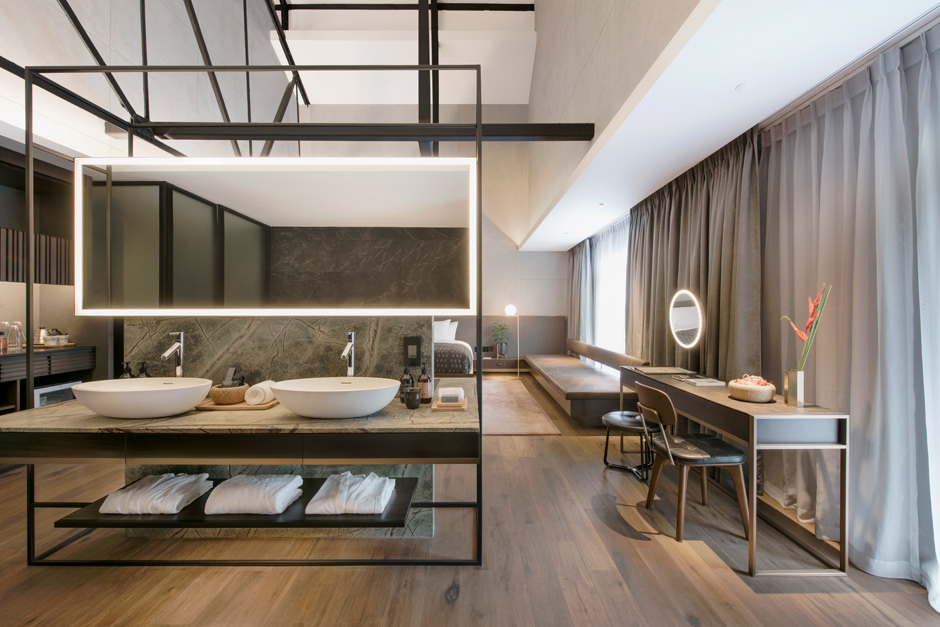 The hotel’s flagship restaurant is Po, and is run by Chef Willin Low, whose name should be familiar to Singaporean culinary enthusiasts (he founded the famed Wild Rocket restaurant). Guests can delight in the restaurant’s many delectable dishes, like the Charcoal-grilled Iberico Satay, Spicy Tamarind Baramundi, and Carebinero Prawns and Konbu Mee.

“Our focus has been to protect the property’s legacy,” said Chris Lee, Head Designer and Founder of Asylum, the hotels’ design agency. “(To create) a fresh perspective on the term ‘industrial’. The environment is warm and sophisticated to prevent it from being too obviously grounded in what has been before.” 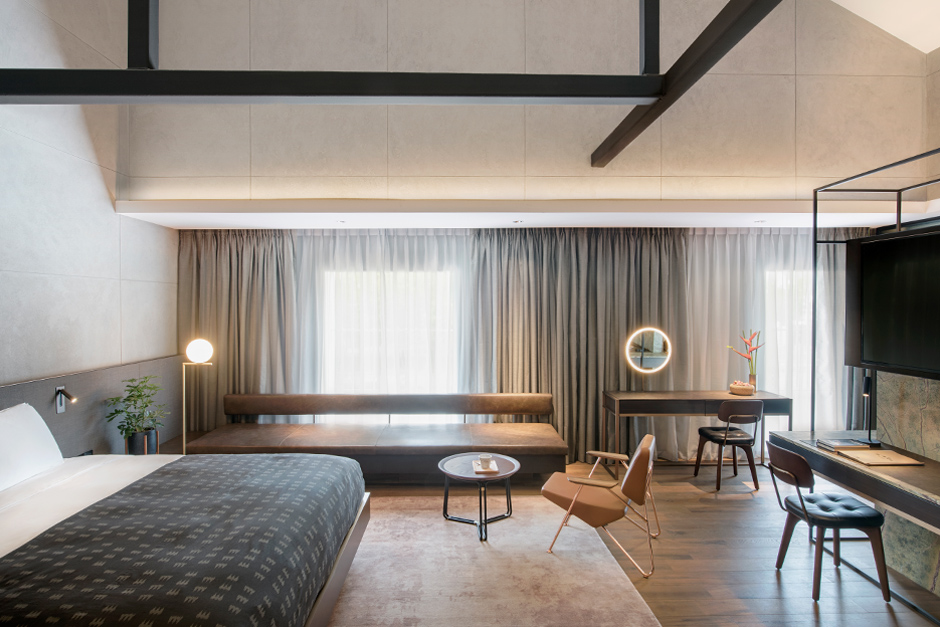 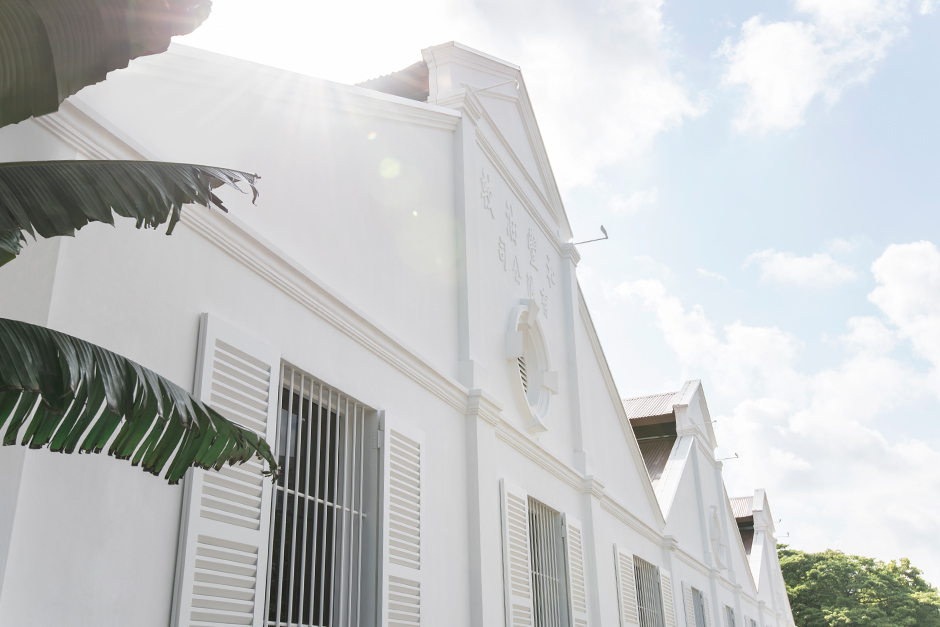 WELCOME TO THE EXTRAORDINARY OF HOTEL PIET HEIN EEK 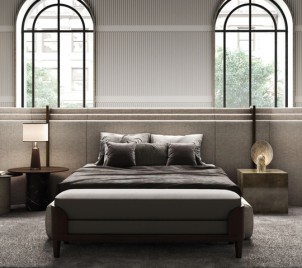 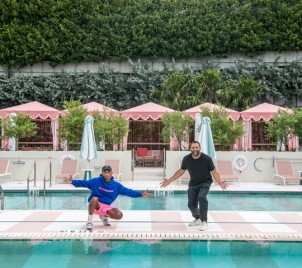