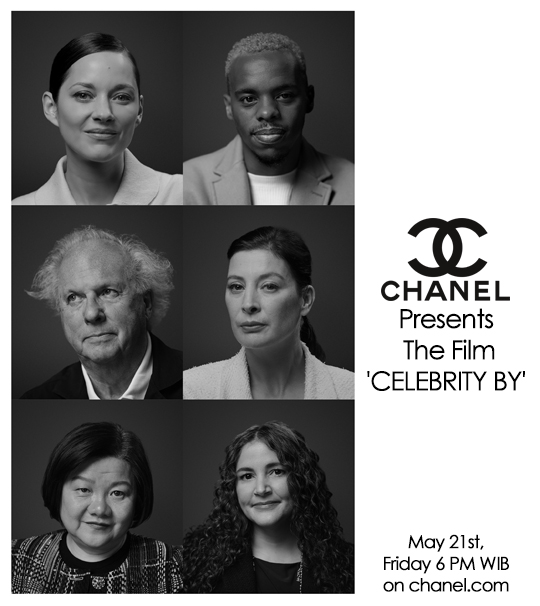 CHANEL Presents The Film ‘CELEBRITY BY’ – May 21st, Friday 6 PM WIB on chanel.com

To mark the 100-year anniversary of CHANEL N°5, the world’s most famous perfume, CHANEL has convened inspiring voices from their fields to reflect on the under-explored notion of celebrity, in a new short film that will be released on May 21st.

Titled: Celebrity by, the film is the latest in a series of inspiring content from the House as it reflects on “100 Years of Celebrity” as N°5 reaches its 100-year anniversary. 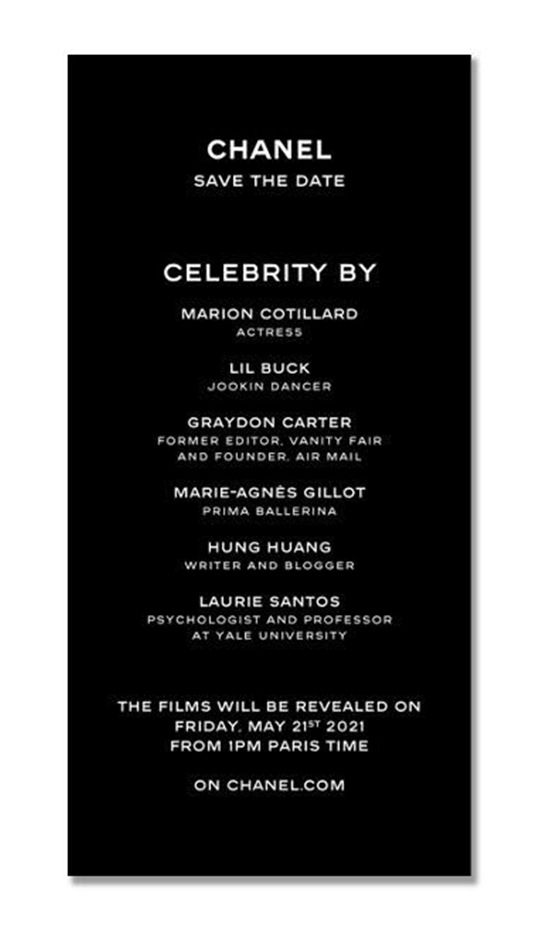 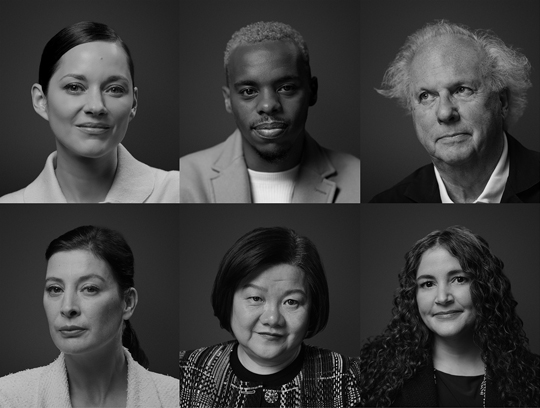 Marion Cotillard explores the interplay between celebrity and icons, idols, and legends, and expresses the importance of staying true to yourself and supporting causes that matter.

Marie-Agnès Gillot shares her intimate personal journey as one of France’s most celebrated dancers and the role of celebrity as the embodiment of skill and craft.

Hung Huang explores the seismic shift that “celebrity” has undergone in China, tracing its history through the influence celebrity and fandom culture is having on today’s youth and women. 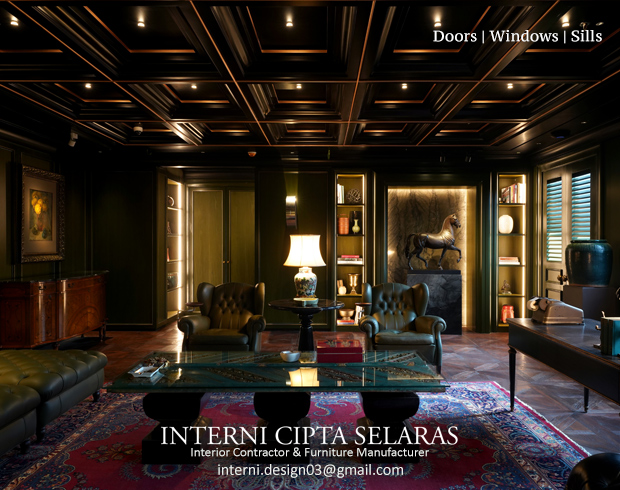 Laurie Santos, whose lecture on happiness at Yale has enjoyed unprecedented popularity in recent years, deconstructs our fascination with celebrity, how our minds are programmed to search for and follow celebrity, and how technology continues to redefine how we engage with it.

Graydon Carter draws from his vantage point as the former Editor of Vanity Fair to discuss the seminal influence celebrity has had on popular culture, mass media, and fashion.

Lil Buck shares his experience as an international dance prodigy whose craft has been shaped by an extensive spectrum of celebrity, cultural, and creative influences, from popularizing jookin’ at just 13 years old to collaborating with Madonna and others as he moved into ballet and other forms of dance. 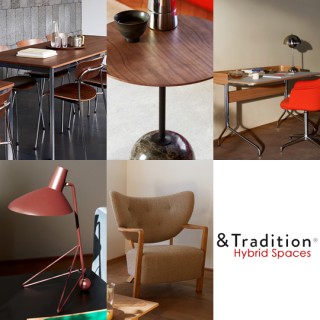 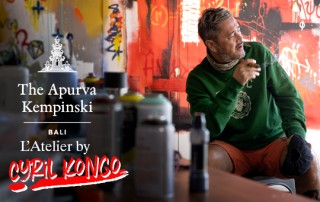 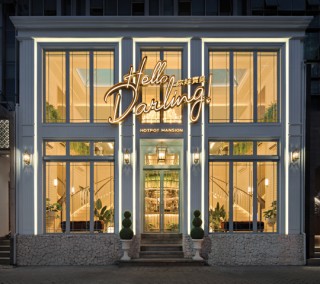 The Charm of Hello Darling!

Hello Darling! a must-visit luxury hotpot restaurant, with a mix of chinoiserie and classic Victorian style beautifully designed by Ray Pauldy of Nata... 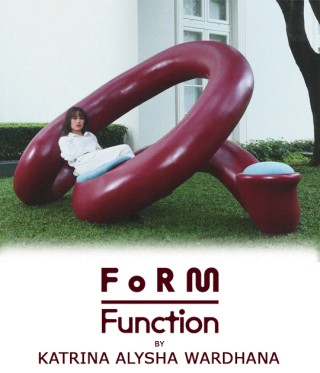 Four unique and innovative works by Katrina Alysha Wardhana of fofstudios.design pushing the boundaries of artistic experimentation to the next great... 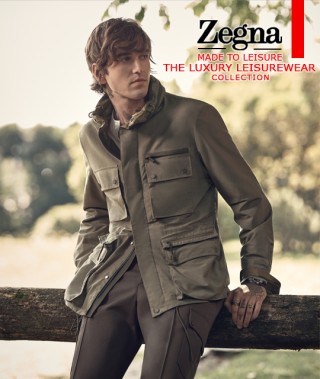 Zegna Made to Leisure - The Luxury Leisurewear Collection ARTOTEL Group is proud to be awarded with the “Traveler's Choice Award 2021” from TRIPADVISOR through its seven properties. Thanks to its dedication...